Best Websites to Get Free Anime Icons for Apps

By AsadNovember 1, 2021No Comments6 Mins Read 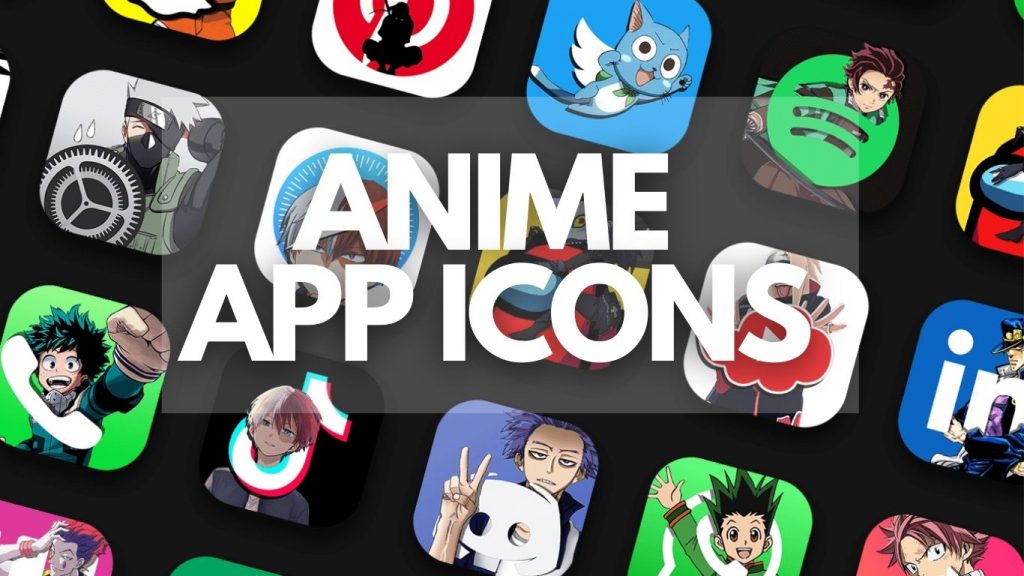 Anime fans, rejoice! I’ve found a bunch of resources where you can get a whole bunch of anime icons for apps absolutely free. And by a “bunch,” I mean about 10, which is more than enough to overhaul your smartphone or tablet’s home screen completely.

People use anime app icons for a whole bunch of different reasons. Not only is it fun to see such familiar faces on such a small screen, but using anime icons can add another level of organization to your home screens. Imagine having all naruto icons for apps. Wouldn’t that be cool?

Anime fans tend to have smartphone and tablet screens with dozens upon dozens of apps, so finding ways to organize the chaos is always helpful. Not to mention, people pay a pretty penny to get anime icons but still rarely find a suitable one. The reason is, they don’t know where to look.

Here are the best sites with anime app icon collections that won’t cost you anything…. Yup! not even a dime.

Anime app icons are basically the same as normal app icons but with anime faces. They were basically introduced for (pink) iPhones, but Android OS supports them just fine. Therefore, you don’t need to worry about compatibility issues.

Pinterest is your best place to find anime icons. Simply type in “Anime Icon” or any other search term that comes to mind, and you’ll come up with hundreds of results. As a rule of thumb, I would say the most popular anime series tend to have the most mainstream icons. I’m talking about shows like Naruto, Bleach, and One Piece. They’re simple to find and easy to download.

Dribble is another great place to find pretty much anything. Whether it’s an anime icon, a wallpaper, or even just some wallpapers with anime characters, you can download them straight from your browser, or you can use the site’s “share” feature to post it directly onto your social networking page. Dribble’s anime icons aren’t as popular as Pinterest’s, but the collection is still very big.

IconFinder is a great place to find anime apps because its collection isn’t limited to anime icons. In other words, all you have to do is type in the name of your favorite anime, and chances are IconFinder will have it. You can then go ahead and download that icon straight to your phone.

IconFinder tends to have a lot of abstract apps, so don’t be surprised when you see random stuff like eyes or hands instead of an actual anime character’s face.

Anime Icons has a smaller collection than the previous three, but it’s still worth checking out if you’re looking for specific anime icons. Whether you are looking for Naruto icons for apps or any other popular anime, you can find them here. Just be sure to do a lot of thorough research because chances are there won’t be that many results to sort through.

IconArchive is another great place to find icons, but this time around for non-anime stuff. The site has a whole bunch of apps that are designed by different people, so feel free to search around and see what you like. IconArchive is sort of the opposite of Dribble because it’s not as popular but has a larger collection.

Google is a great place to search for anime and other types of images, and there’s no doubt you’ll find exactly what you’re looking for… But the downside is that these aren’t direct downloads, so getting them onto your phone can be a little tricky. You’ll have to copy the image URL, open up your phone’s browser, paste the link into the address bar, and then download it that way. It’s not very hard, but if you don’t have a data plan, your phone might get angry at you for using too much data.

Wallpapers Clan is one of my favorite sites to get anime app icons and wallpapers. The collection isn’t huge, but there are enough cool-looking images for you to sort through in order to find what you like. WallpapersClan also has a great feature called “Amazing Photos,” which basically displays the most popular pictures on the site, so feel free to check that out as well.

Anime HD Wallpapers is another great site for anime wallpapers. Still, it’s listed here instead of with the other sites because it focuses on high-resolution images instead of smaller images like those from WallpapersClan. Anime HD Wallpapers has a larger collection, but it’s also more difficult to sort through in order to find what you like.

To be honest, I’m not fond of this site very much because most of its icons are too mainstream or not that pretty. That being said, it does have a lot of anime icons to choose from. I would recommend this site if you’re looking for something specific to look at. The site has a nice organization in the form of albums, but none of them are specifically anime-oriented; they’re just random pictures. However, the site is very organized and easy to use, so it’s great if you’re looking for a certain type of wallpaper… even anime ones.

Anime fans who don’t have Android phones or tablets will appreciate Gintama’s anime icon search tool. Simply type in the name of your favorite anime character. You’ll see a whole bunch of awesome icons appear on your screen. Know that this site doesn’t have a huge collection, but it does have some pretty awesome stuff to check out. And best of all, you don’t have to pay anything.

So, these are the top anime app icons websites. Which one is your favorite? Let me know in the comment section down below.