How to Take Screenshot on Mac 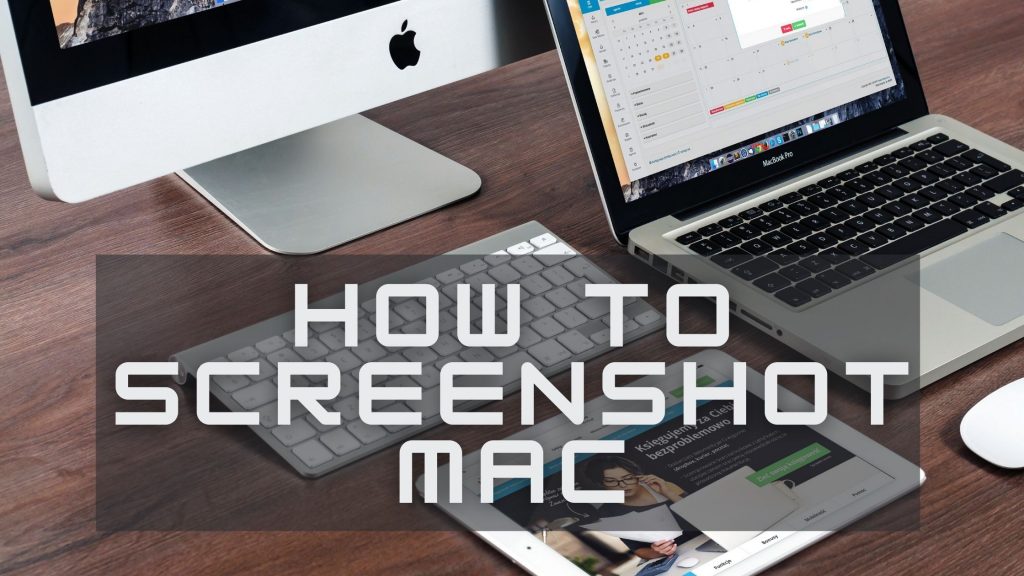 A screenshot is an image capture of your entire screen or selected parts of the screen, also called a “capture” or “shot.” Taking screenshots on Mac is as easy as pressing a key. Like any computer, you can take high-quality screenshots on your Mac. You can then change their file type, edit, and share as you like. Not just that, if you are on an updated Mac, you can even take videos of your screen with the help of an advanced screenshot menu.

Take Screenshots on Mac Easily With These Methods

Here are a few methods by which you can take high-quality screenshots on Mac:

Press the “​command + shift + 3” keys on your keyboard simultaneously to capture the entire screen. In case you are using multiple displays, this Mac keyboard shortcut will take screengrabs of every monitor.

Press the “​command + shift + 4” keys on your keyboard simultaneously to capture a selected part of your screen. Pressing these three buttons will turn your cursor into a crosshair, which you can drag to the screen area you want to capture. After pressing command + shift + 4, you can press other keys to unlock more options. For instance:

1. The spacebar will allow you to move the selection around.

2. Shift + command + 4 will capture the cursor itself along with everything else.

3. The period key will allow your cursor to take the shape of an arrow which you can use to select different objects.

4. The ‘​alt’​ key will allow you to take a screenshot of a specific window.

5. The “​command”​ key is used to change the default cursor.

6. If you press shift while selecting a part of your screen, the selection box will resize accordingly. Press shift again to switch back to normal mode.

7. Pressing the spacebar while highlighting a region on your screen will turn it into a time-delay screenshot which will give you 10 seconds to prepare before it is captured.

8. Once you have finished highlighting the area of your screen that you want to capture, press the spacebar again to stop the 10-second time delay and immediately take a screenshot.

You can also take screenshots by using Preview, which is a built-in Mac app. Just open a window on your screen and navigate to File > Take screenshot, select an area of the window, and click Save as file or drag the selection into another application.

METHOD 4: By using the Screenshot menu

The latest macOS versions (like Monterey, Mojave, Big Surr, and Catalina) come with a screenshot app. Press the “​command”​ + “shift” + “5” keys simultaneously to open the screenshot app. Now, a small menu at the bottom of the screen will open up. From here, you can choose to take a screenshot of your entire screen, capture the shot as a photo or record the screen as a video.

You can also select options such as setting a timer before taking screenshots using the Screenshot menu.

This method also gives you one more option- select from a list of file types and change the file’s name.

METHOD 5: Take Videos of Your Screen

If you have updated Mac 10.8 or higher version, you can even record videos of your screen with just one mouse click, thanks to a new update in the Grab tool. To do so, press Command + Control + Shift + 5 and wait for a few seconds. Once done, you can find the recorded video on your screen on your desktop, or it can also be saved in your Pictures folder. This free Mac utility is an easy-to-use screenshot app that captures your entire screen or individual windows and the choices to take the screenshot in PNG, JPEG, PDF formats. Once you have taken a screenshot using the Grab app, click on File > Save As panel and save it to any location of your Mac computer.

If you want a different look and feel for screenshots, try third-party app Action. For taking screenshots, it provides an easy interface where you can select the type of screenshot you want to take with just one click. The Action app allows you to choose between formats, including JPG/PNG, PDF, or even animated GIFs. You can find Action on Apple App Store for $1.99 only.

If you are an Apple Watch user, you can capture screenshots by using your iPhone. To do so, open the Watch app on your iPhone and navigate to General > Wake Screen. Now tap on “​Take Screenshot.”

If you press and hold down the Control key as you take a screenshot, Mac will copy it to the clipboard instead of saving your screengrab. You can then paste it into any app like Keynote, Pages, etc.

Where are my Mac Screenshots?

Wondering where your screenshots went after you captured it? Well, by default, all the screenshots appear on your desktop. Each screenshot gets automatically titled “Screen Shot,” followed by the date and time you took the shot. You can store or delete the images from there easily. If you like to change the default location of your screenshots, go to System Preferences > Desktop & Screen Saver and select a folder from the “​Save Screenshots”​ drop-down menu. Alternatively, just navigate to ~/Desktop/ directory, which is found in your user account’s home directory.

That’s all about how to screenshot on Mac! I hope this article will help you learn more about capturing images of your entire screen or selected parts of the screen on Mac easily and in some fun ways too.

Thanks for reading! Have a great day ahead!

Previous ArticleHow to Reset Home Screen on iPhone?
Next Article Best Websites to Get Free Anime Icons for Apps

How to Pre-Built a MicroSD Card for the Steam Deck